Clicking on the map below will provide a larger version of that ward for easier viewing. Click here to download a printable map. To search by address, visit the Property and Project Portal and use the "My Property" tool. 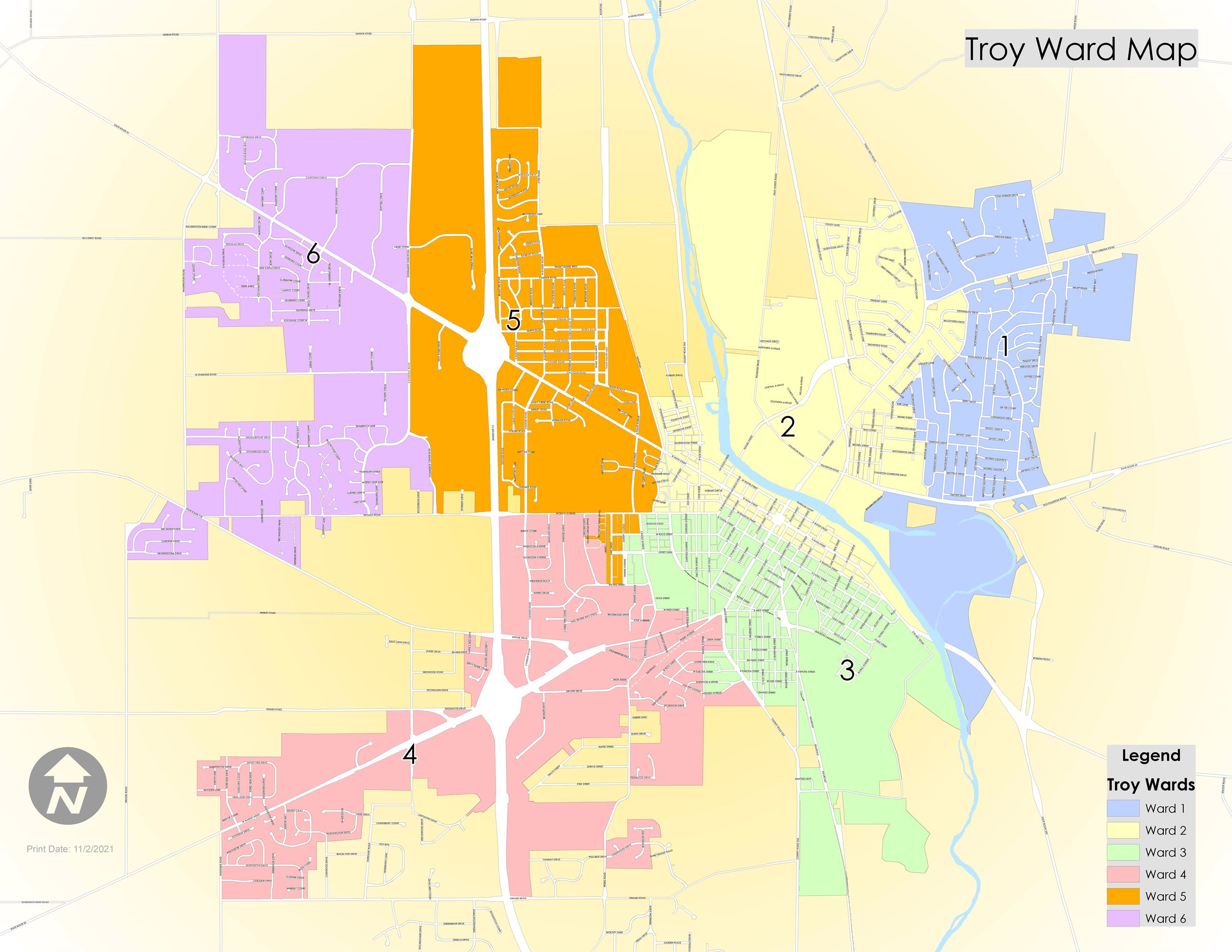 Based on the certified census data, the city must be divided into 6 wards. As provided by the Ohio Revised Code, these wards are to be "substantially equal in number." The division is to follow standard boundaries (streets, alleys, etc.) and census blocks. Based upon the 2020 Census, the ward population is: