In 1839, R.C. Langdon, the new editor of the Troy Times, called for a public meeting to raise money to buy a fire engine and equip a fire department because of disastrous fires that had occurred in Troy. He estimated that the cost would be two dollars for each citizen and would perhaps save thousands of dollars of property. In 1847, a meeting was called to form a hook and ladder company. Not until 1850, however, were the Troy Hook & Ladder Company and the Troy Bucket Company organized. Henry S. Mayo was captain of the Troy Hook & Ladder Company, and Henry S. Culbertson was captain of the Troy Bucket Company. After discussing the pros and cons of purchasing a fire engine for several years, an ordinance was presented in a meeting of the council in 1857 to purchase one. A Mohawk hand-pump engine was purchased from the Cincinnati Fire Department and installed on the ground floor of the Town Hall.

The Fire Department of Troy was formally organized in the fall of 1857. The company consisted of about 75 members, 50 of which belonged to the Mohawk Company and the remainder to the hose carriage. Jack Julian was the first foreman of the department. 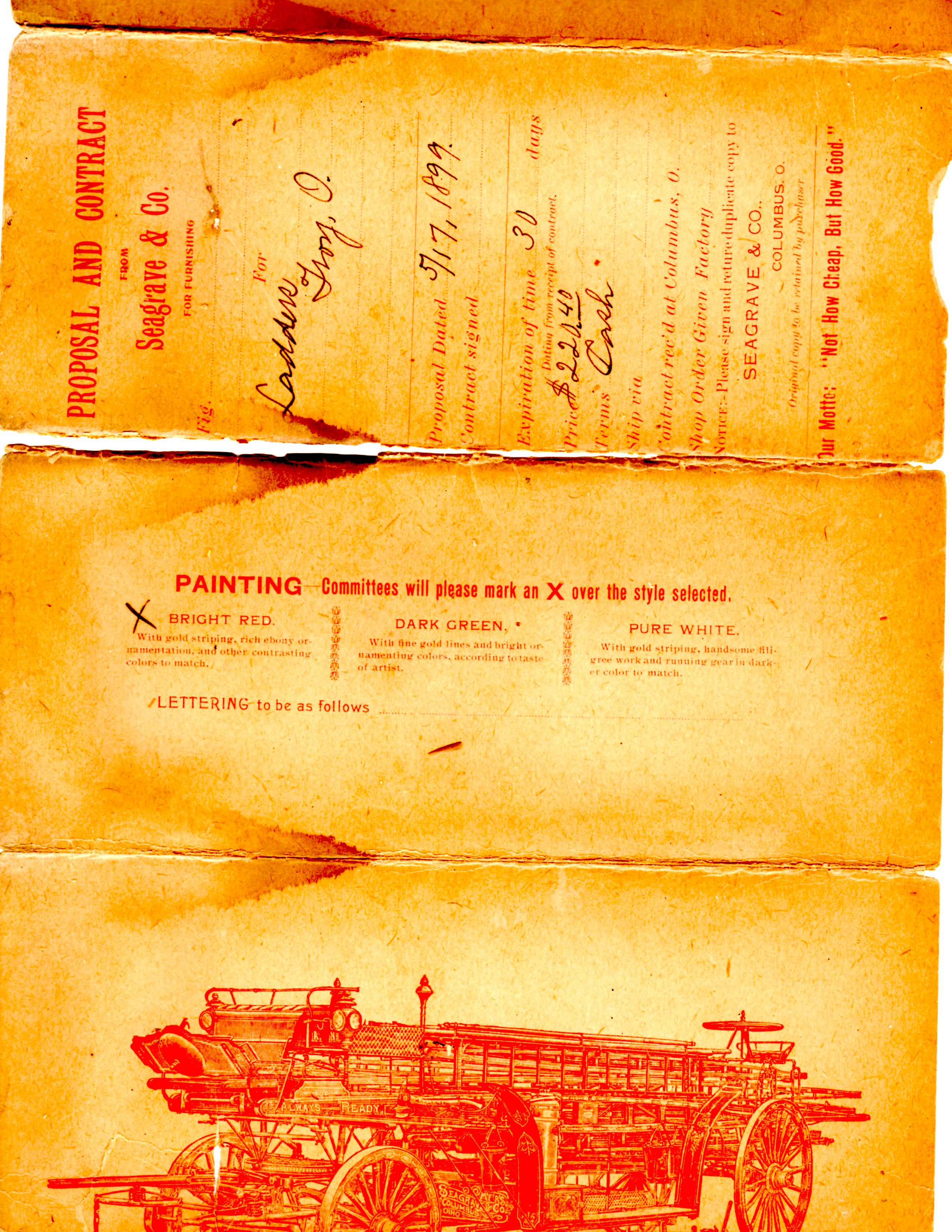 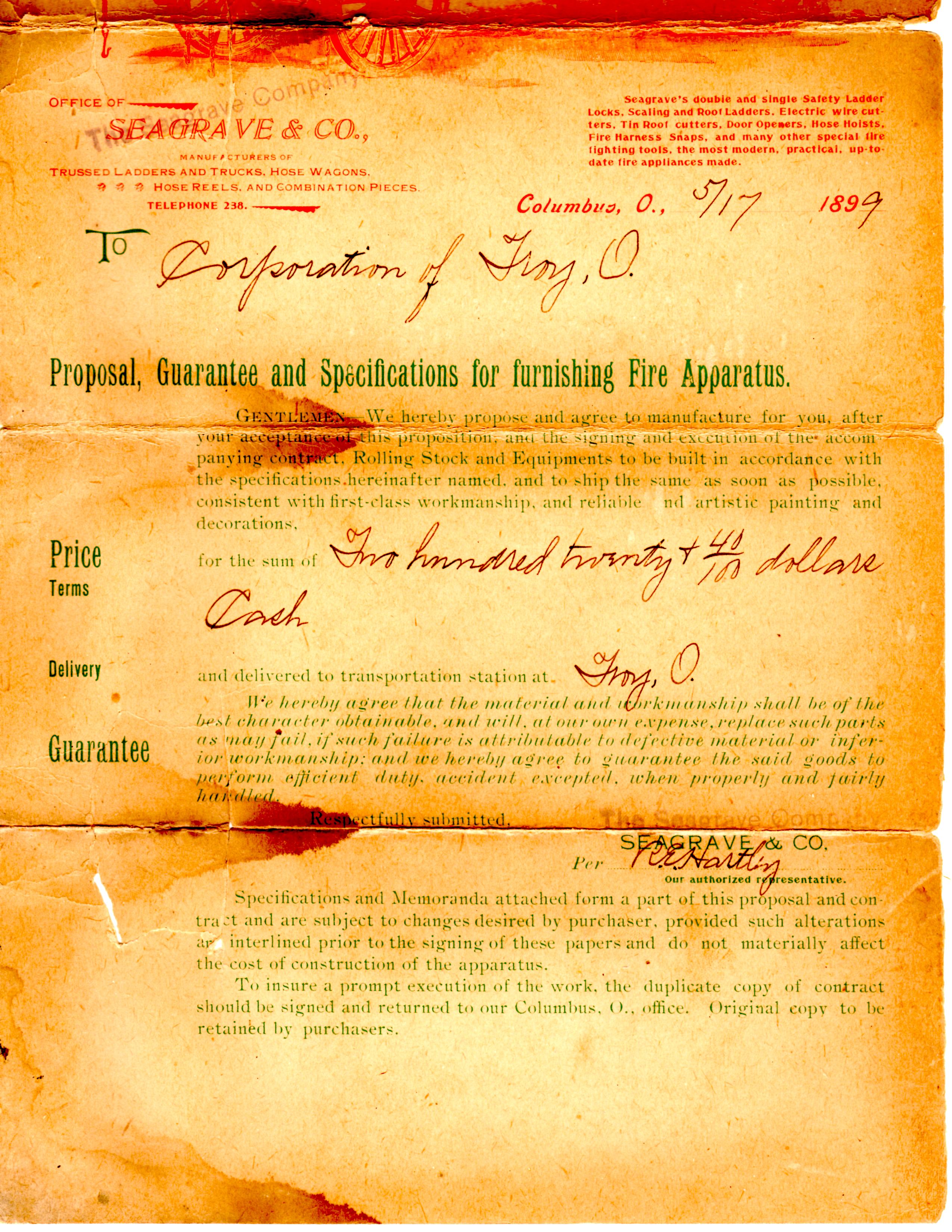