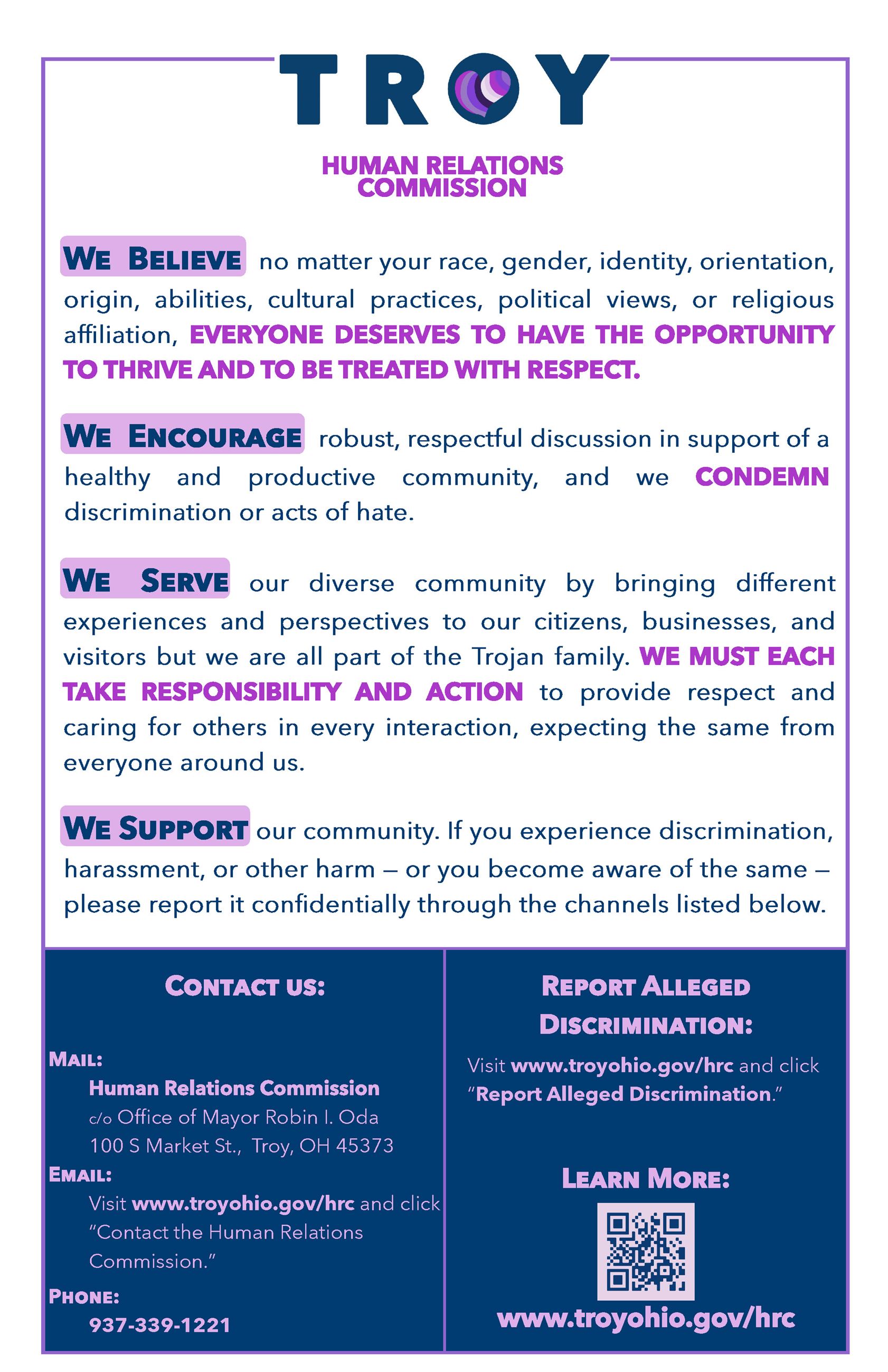 The Troy Human Relations Commission was first established in 1982, to address various concerns faced by Troy’s minority and majority groups. It was revived in 2020 to address concerns from Troy citizens. To view the HRC's meeting schedule, check the City calendar.

Appointment: Members are appointed by the Mayor and confirmed by Council.